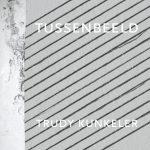 In Between Sculpture, Trudy Kunkeler

Jan Eijkelboom on 'Change of Elements'

Writing about visual arts is difficult. Nevertheless, like everywhere where boundaries are vague and reference points sometimes not available, they are the subject of endless discussion. Like Francis Bacon once said: “If I could explain my paintings I would have been a writer.”

On the other hand: it has to be tried, time and time again, to say something useful about what cannot be said, only painted, sculpted, etc. Not because of a fact that an exhibition has to be opened or a review has to be written, but because one human being sees a product of art by another human being and, touched by it, wants to explain, also to himself, what he is touched by. He wants to say more than “Oh” or “Ah”.

This happened to me when I got acquainted with the work of Trudy Kunkeler. What was the reason I thought these sculptures so special? For I looked upon the work rather as not sculpted sculptures than as ceramics.

Long ago, when I wrote about art for a newspaper, I started a series of articles under the heading “Studio Visits”. By having a look in studios and talking with visual artists about the way they worked I tried to solve, or perhaps to avoid, the problem of verbal expression. About the meaning of the work we were brief, possibly also out of some embarrassment.

I applied this visiting procedure again with Trudy Kunkeler. However, I started with a poem about the little house where she lives, hidden behind bushes on a square dominated by big monumental buildings: a magical place in my perception, where someone lives who “makes outstanding books of stone, from cover to cover”.

As regards the latter, Kunkeler had made a seat in the Hugo de Groot Square in our residence Dordrecht, from books of the great 17th century lawyer Hugo Grotius, moulded in clay. The statue was stolen almost immediately after delivery and replaced with breath taking speed by a new, this time firmly anchored copy. The statue intrigued me, as a spectator and as a writer. Somewhat later I saw a photograph of a high wall with alcoves or open windows, in which rows of books seemed to stand. It appeared to be tiles which were drying in the draught. The photograph had been taken by Kunkeler in Yemen, where skyscrapers of mud were being built in the middle of the desert. “Chicago der Wüste” is the name of a German book on this subject I once possessed and that has disappeared under the sands of time.

What I saw during my first visit to Kunkeler’s studio, was almost in contradiction with the monumentality of her work, which is undeniable, also in the smaller formats. There was a domestic mangle, through which the clay was pulled in order to put it on the table in orderly slices, much like what a tailor does with the pieces of textile from which he is going to make a coat. As mentioned, the result is thus in contradiction with the sculptures Kunkeler makes. In her work, for example, a high rock the size of a human arises, or a sort of leaning cathedral that is reaching for the ceiling, to heaven as it were.

Colour plays an important part too, as we can see in the photographs she made in Northern Spain, for example, of loam-coloured rivers in deep, nearly abysmal valleys. She penetrates such a landscape and then emerges from it like a miner out of a shaft. After that she sets out to recreate the landscape as it were with whatever has been evoked. So art goes to nature and nature returns into art.

Jan Eijkelboom, poet, because of the series , ‘Change of Elements’